First came the September 2010 earthquake, which for someone with no previous earthquake experience was really frightening, but didn’t cause any damage to me or my abode.

Then came the February 2011 quake, which hit hardest where I just happened to be that day: the central business district. This was huge. Fortunately I was fine, and my flat was still okay. I could still work away at my painting, and was playing around with ways of expressing the feeling around me at the time: 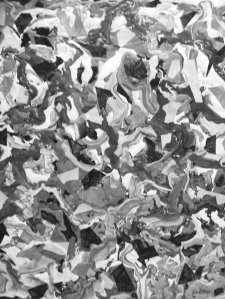 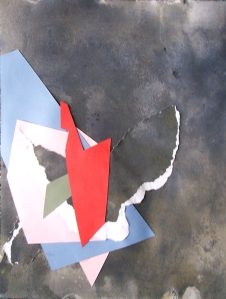 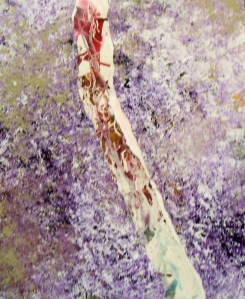 One thing that soon became obvious, was that the options for public galleries for me to show this kind of work in, were no longer available, having been deemed to be hazardous.

On the positive, I was learning the third method of Zhineng Chigong, and felt like I wanted to try to have another go at the post-impressionist style I had enjoyed prior to the onset of arthritis, but this time, I didn’t want to have to put up with oil paintings taking a few weeks to dry, so opted to give both acrylics and fast drying oils a try: 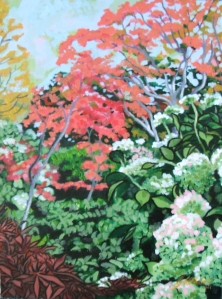 Each of these was painted from photos I took in Hagley Gardens that Autumn. I was pleased with the results, and continued to develop the technique of using acrylics for the ground, and fast drying oils to layer up from there: 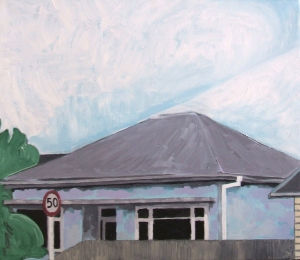 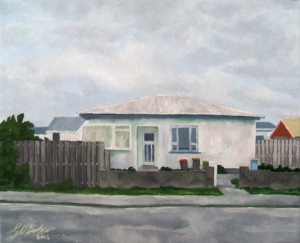 Part of what I was trying to also do, along with achieving an harmonious composition of shapes, tones and colour, was to express a mood which can prevail on those grey Christchurch periods of three or four days which I feel is under-represented in local painting: 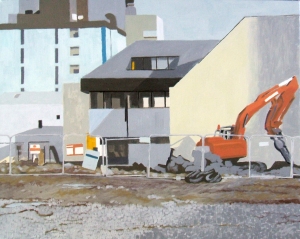 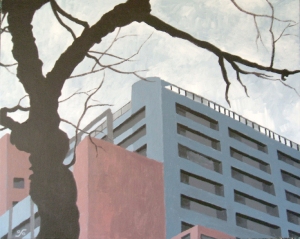 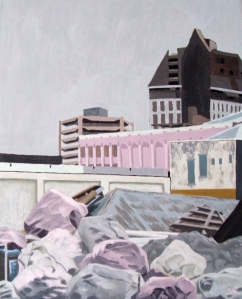 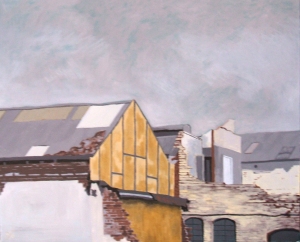 I was glad to have found a way of tackling the kinds of subject matter which I had avoided in my pre-arthritis days, but I was still feeling like I wanted to be more expressionistic, but couldn’t allow myself to be, as I was clinging to a formalist aesthetic style.  I was spending just a few hours a day on each, and doing 2-3 hours of chigong every day also, which was keeping my hands in quite good condition.

It was as if I was trying to prove something to myself by revisiting this style, but the method was slow, and lacking in the intuitive aspect of decision making which is what I love about oils (these last works were all in acrylic).

The urge for self expression, especially by bringing words into the fold, was about to knock down my door again.